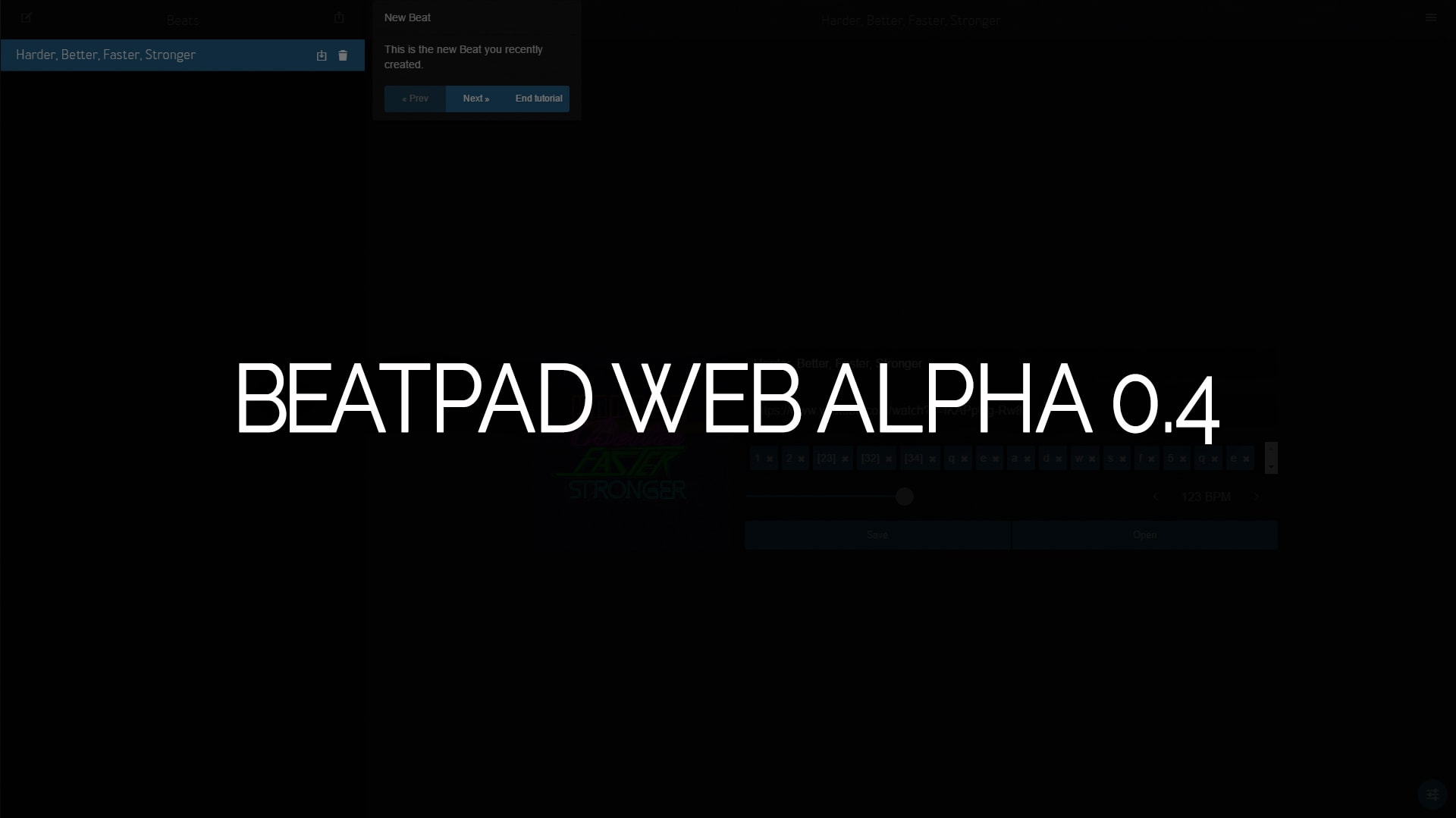 Beatpad Web Alpha Version 0.4 is now available for everyone, this version introduces a tutorial which will help you know what Beatpad has to offer as well as give you more information on what everything does, so that way you can start using Beatpad as fast as possible. The tutorial for now is on English and Spanish but soon will be available on the other languages Beatpad have.

The tutorial starts automatically the first time you load Beatpad Web Alpha. After you dismiss it it will be gone for ever, so make sure to pay attention to very part so that you learn everything of it. It describes how to create your first new beat, how to impor, export and more.

When you first start Beatpad you will see something like this: 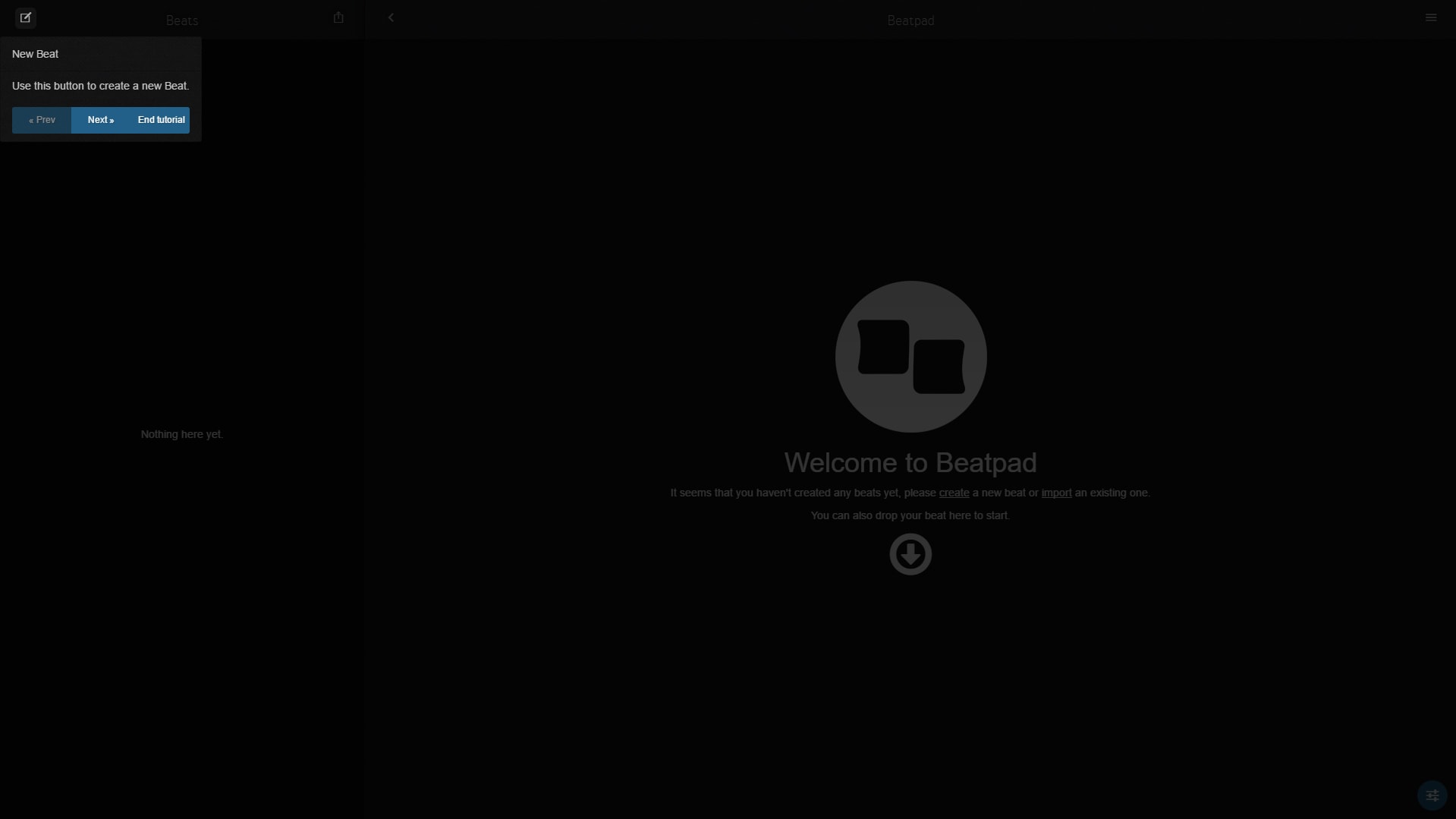 It will introduce you over the general functions of Beatpad that will help you familiarize with Beatpad.

Now after you create a new Beat, something like this will appear: 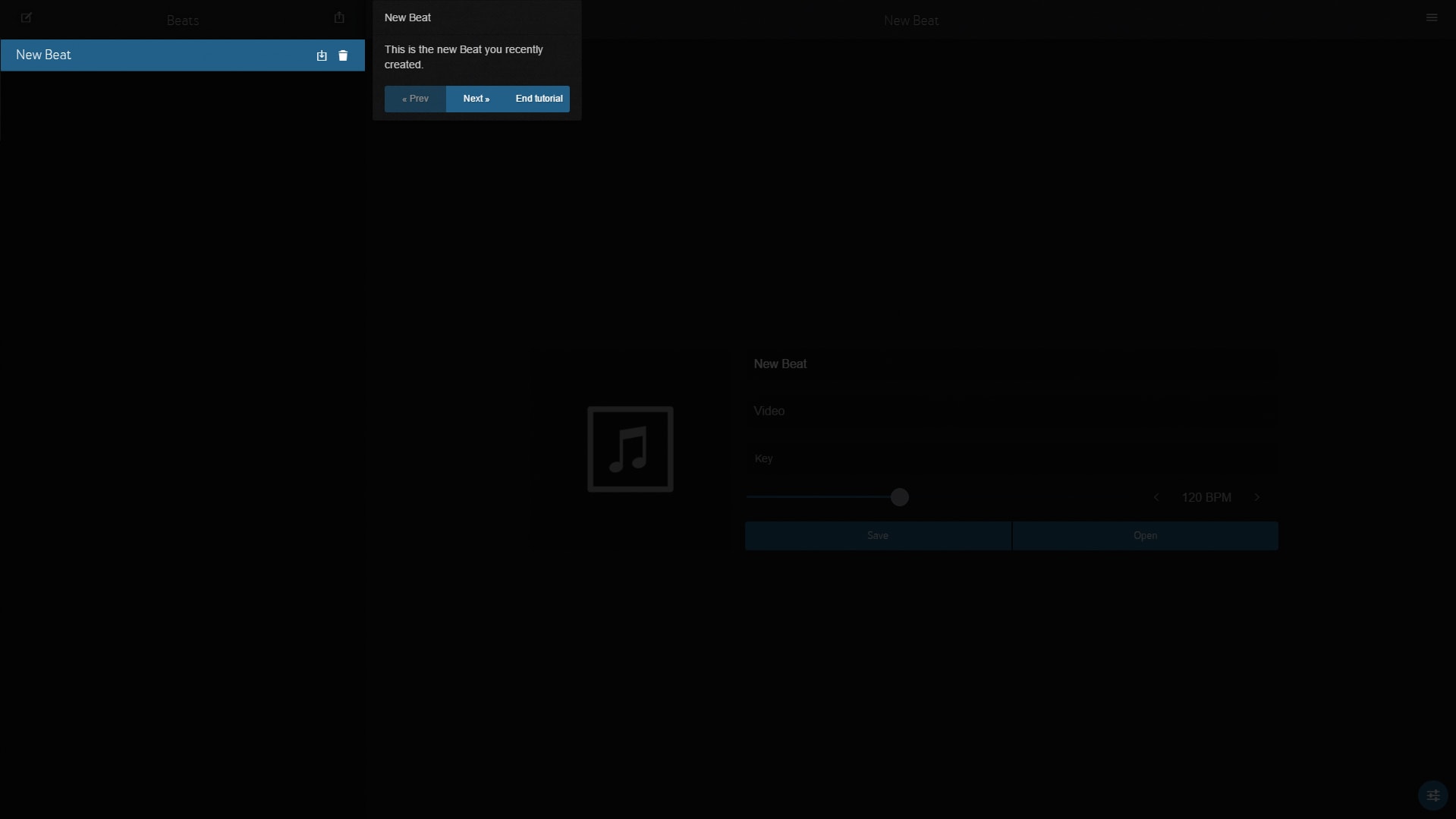 It will guide you through the basics on what a Beat is made of and what you can do with it, such as "export", "delete" and  also fill its information. It also tells you how to start Beatpad.

After you start the main Beatpad, this will pop-up: 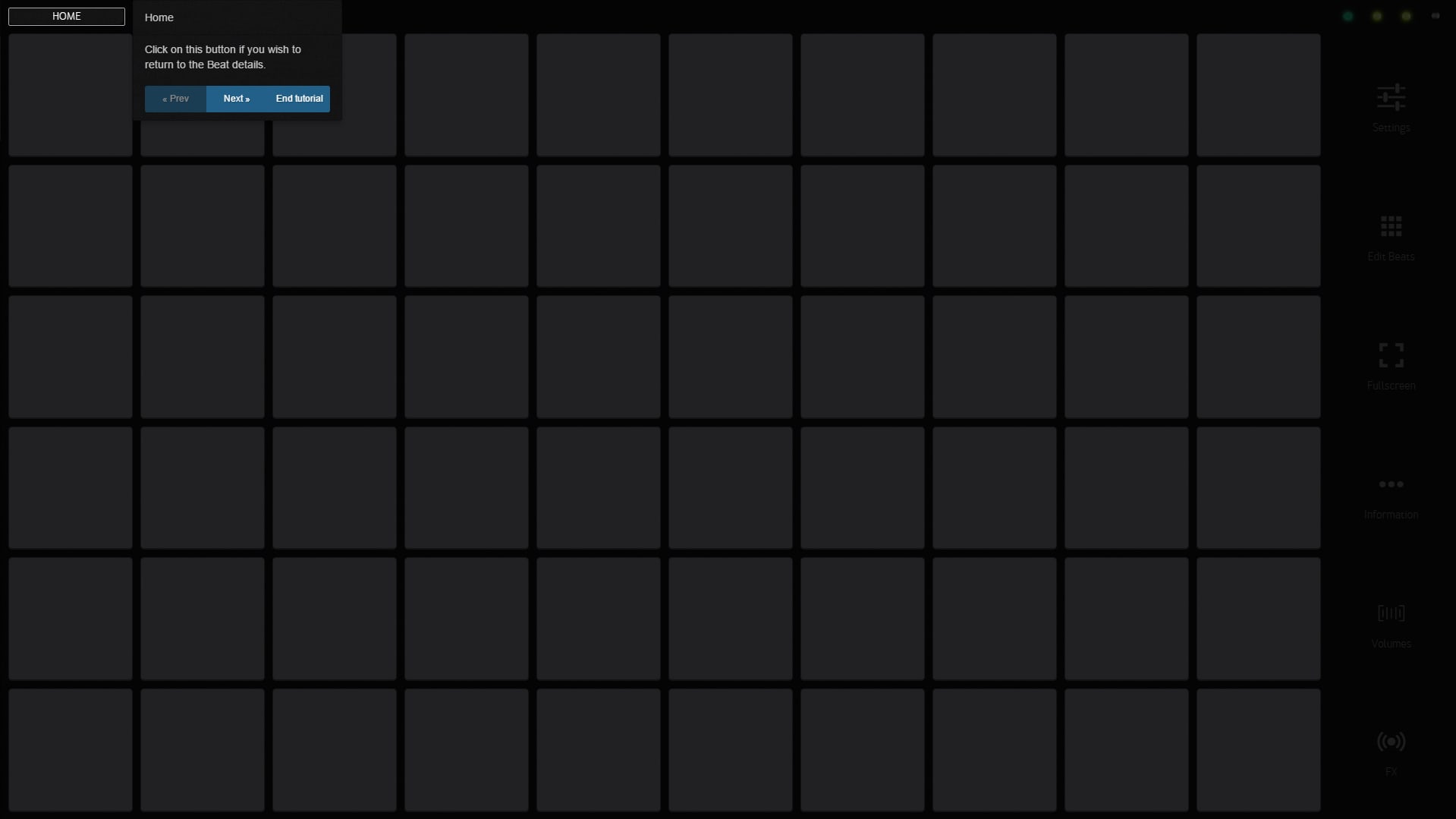 This will tell you what every button on the main Beatpad does, pretty simple and clear. 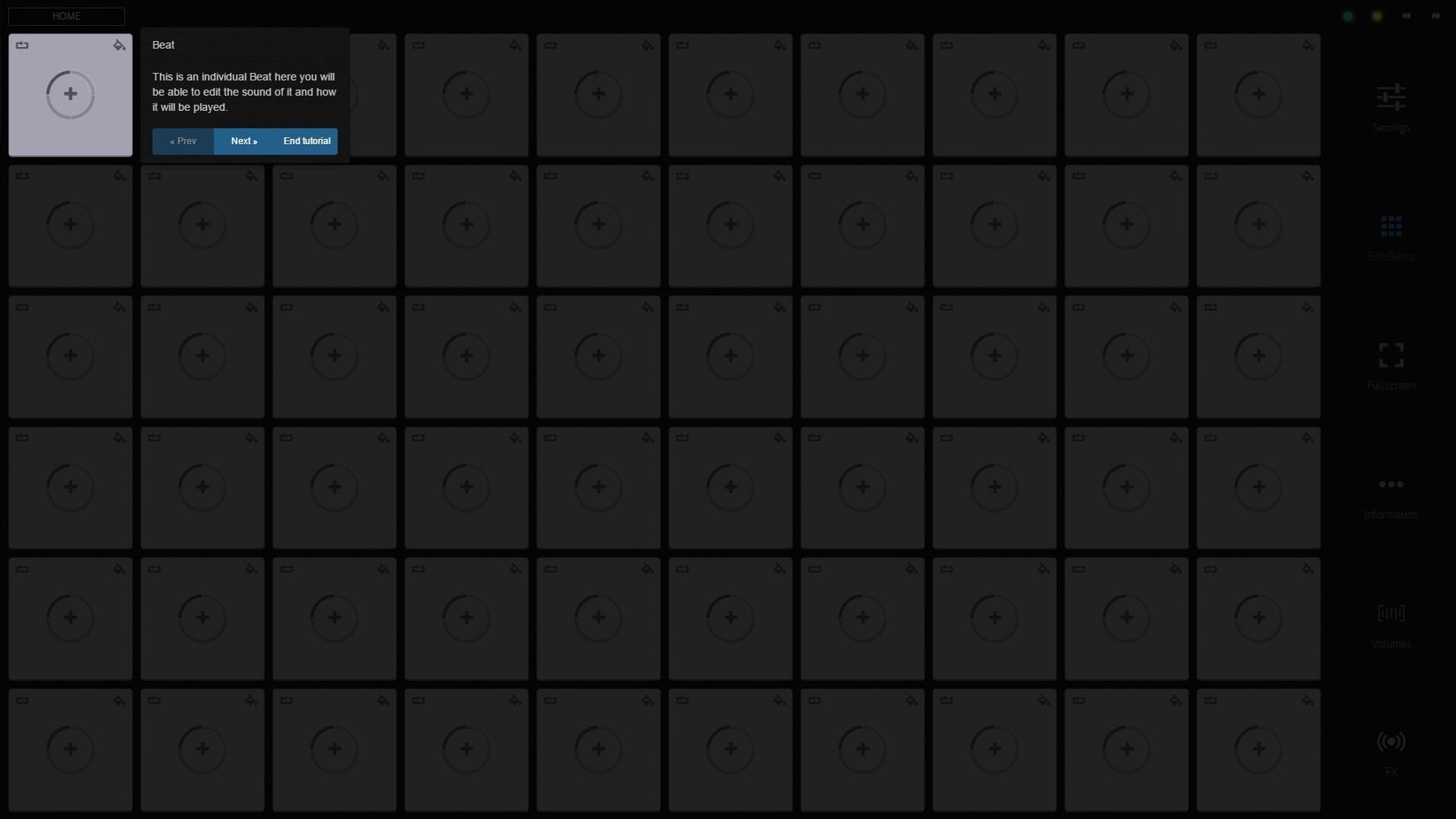 It will guide you into every aspect of what everything does, so now you will know the basics on how the Beat editor works.

It looks like you're new here. If you want to get involved, click one of these buttons!